The integumentary system is nail, hair, and skin. But why are these all grouped within the same system? It might not be obvious at first, but they all serve a unifying function.

The layers of skin, hair, and nails provide a barrier between our internal organs and the external world, protecting our body from pathogens and our organs from injury.

Let’s take a closer look at the hair, skin and nails system, more formally known as the integumentary system, and why its so important to priortize!

The Paths of the Heart

We can start by following blood from the place its journey both begins and ends - your heart.

Blood starts its path through your heart when it enters a chamber called the right atrium via two veins, specifically the vena cava. The atrium then contracts, sending the low- oxygen blood (or deoxygenated blood ) into the right ventricle, then into the pulmonary artery, and finally into the lungs to pick up more oxygen.

The pulmonary vein takes the newly oxygen-rich blood (or oxygenated blood) to the left atrium, which pumps it into the left ventricle. From there, it goes to the aorta - the largest artery in the body. 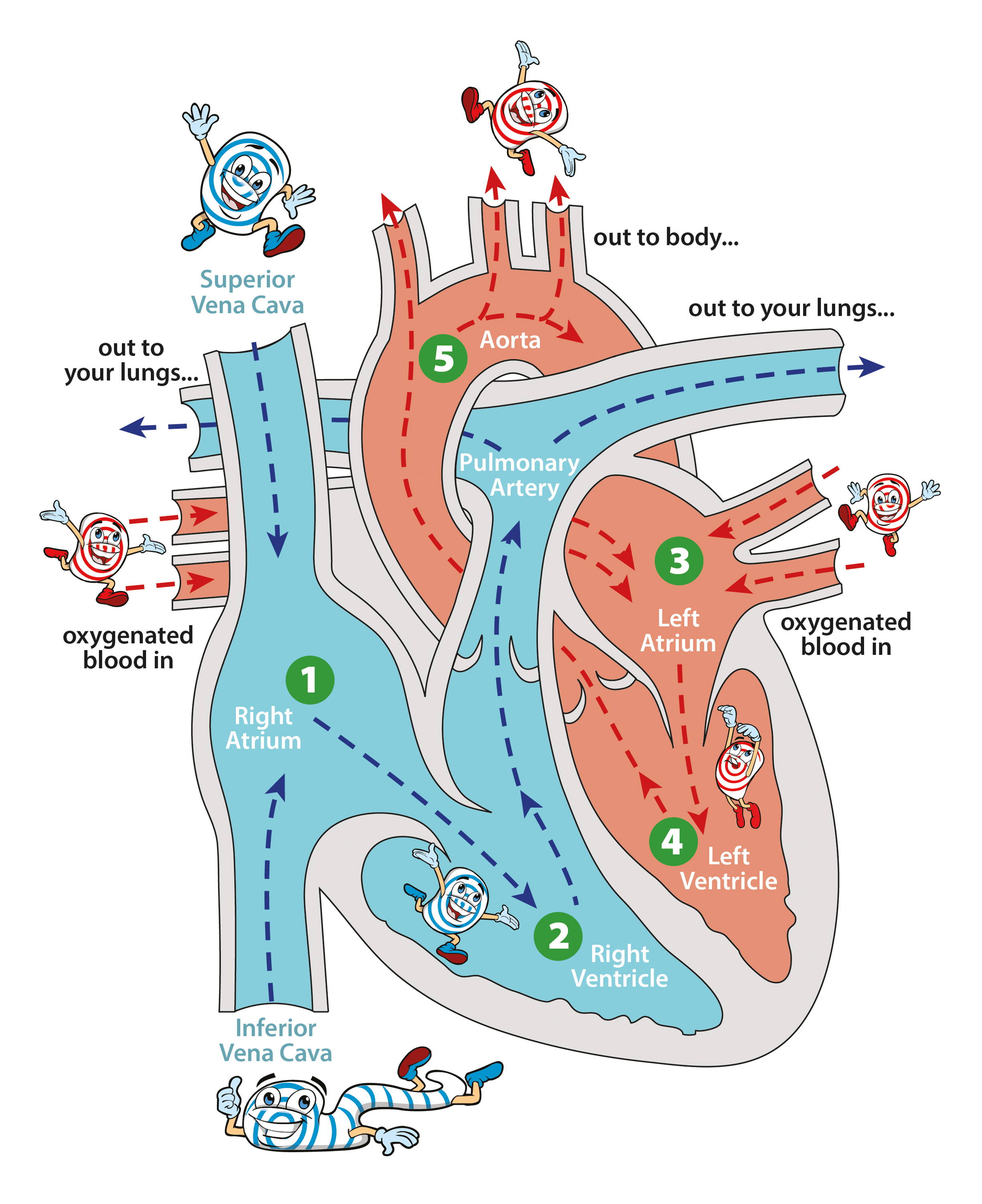 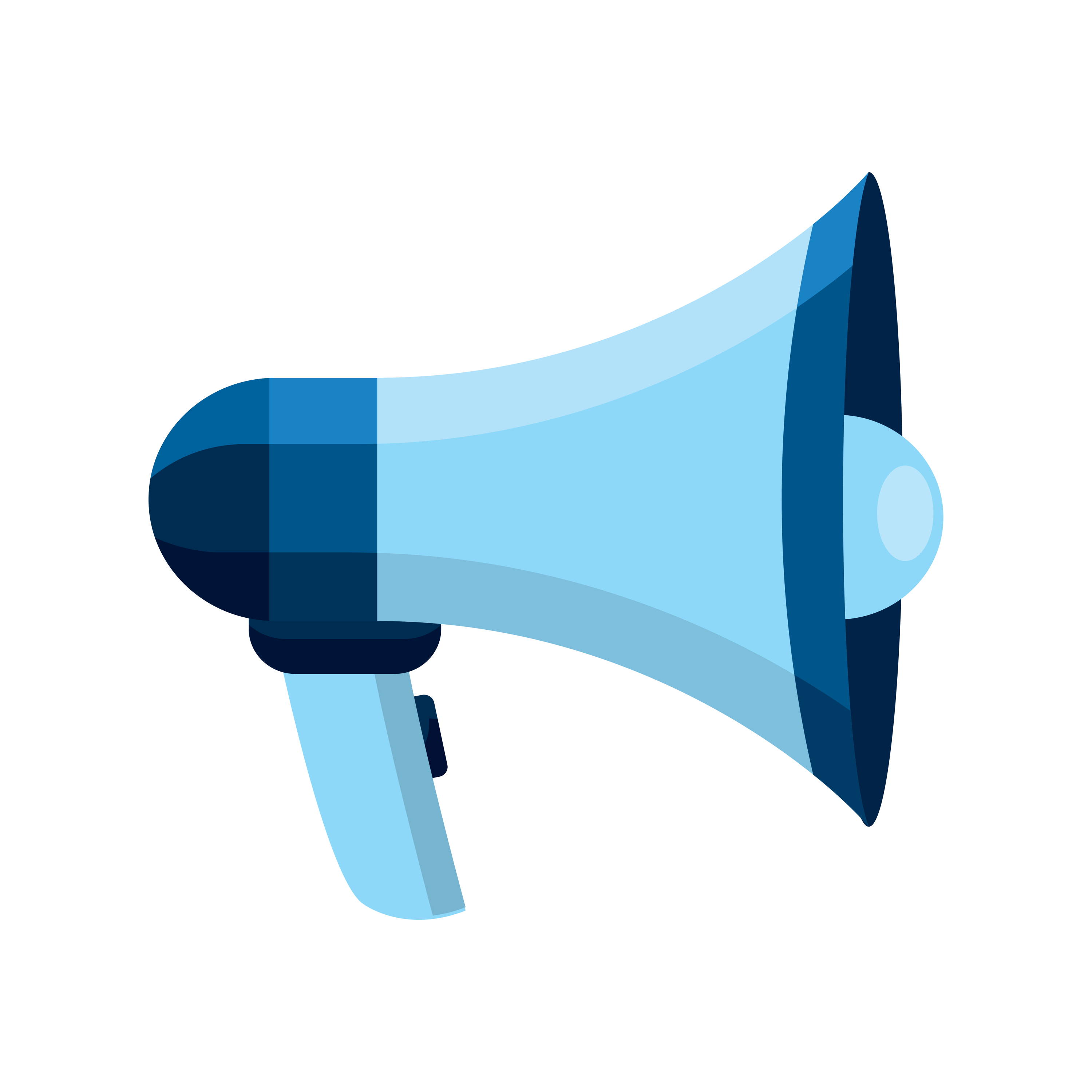 Like a river, the aorta branches out into other arteries and then into smaller arterioles. These deliver the blood to capillaries. Capillaries act as a sort of garbage disposal for the body - they take in the oxygen from the blood in the tiny arterioles and send carbon dioxide and other waste products out into the smallest parts of the veins - the venules.

The venules take the blood, now full of things your body doesn't need, and transfer it to the bigger veins, and eventually to that main vein - the vena cava. From there, it goes into the right atrium of the heart, where the carbon dioxide gets sent to be breathed out from the lungs and the process begins again!

The heart is a muscle, like the muscles in your arm or leg - to keep it healthy, you need to exercise it. You may have heard the word "cardio" mentioned before, when listening to people talk about exercise.

"Cardio" comes from the Greek word καρδίᾱ ( kardia) meaning heart! This kind of exercise is also known as aerobic exercise, which means it uses oxygen to generate energy for the activity. This exercise is low intensity - jogging for a long distance, rather than sprinting for a short one.

Thirty minutes of aerobic exercise daily can help keep your heart healthy - and can also be fun! Playing a sport like basketball, soccer or tennis counts; so does jogging, jumping rope or even dancing! When you feel short of breath and start huffing and puffing, that's when you know you're doing it right. 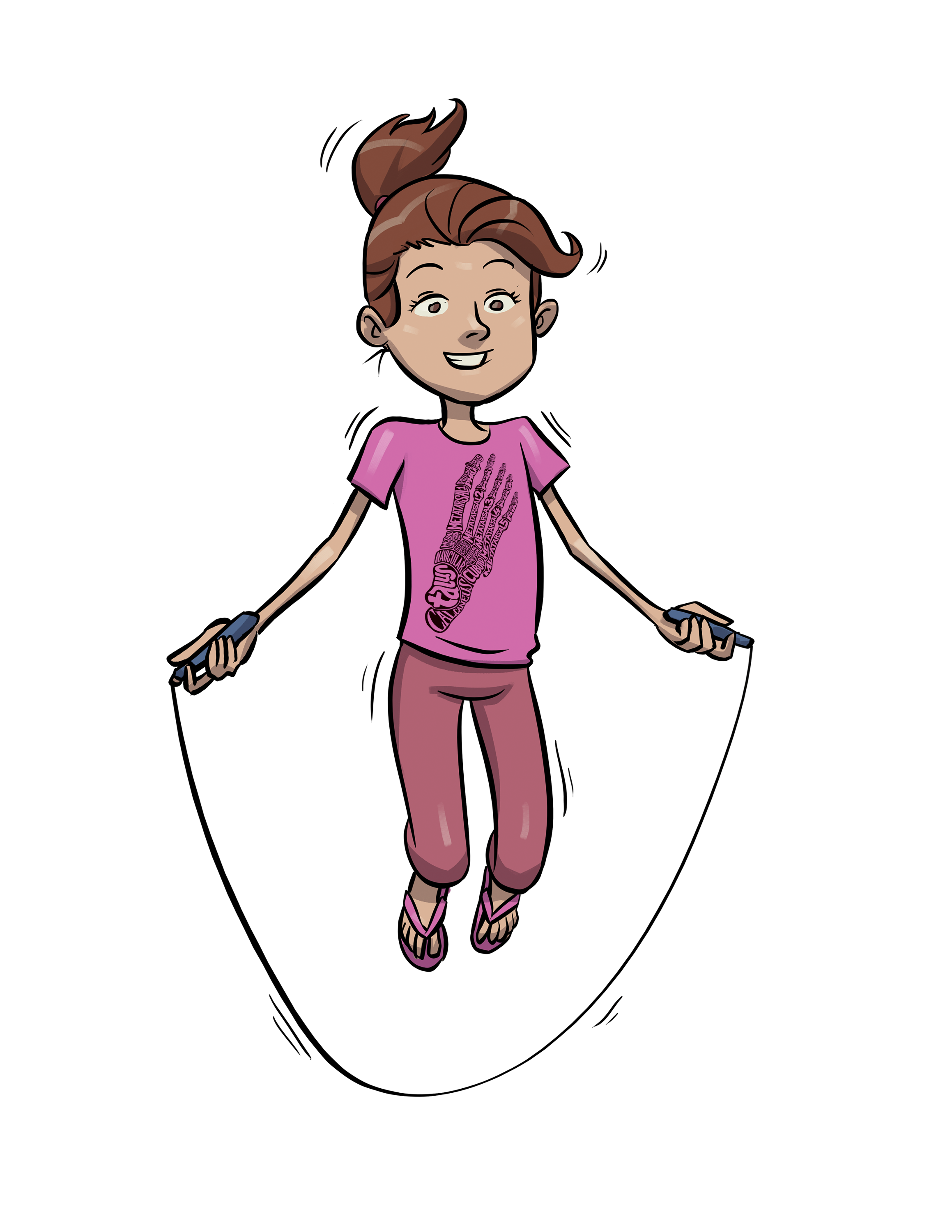 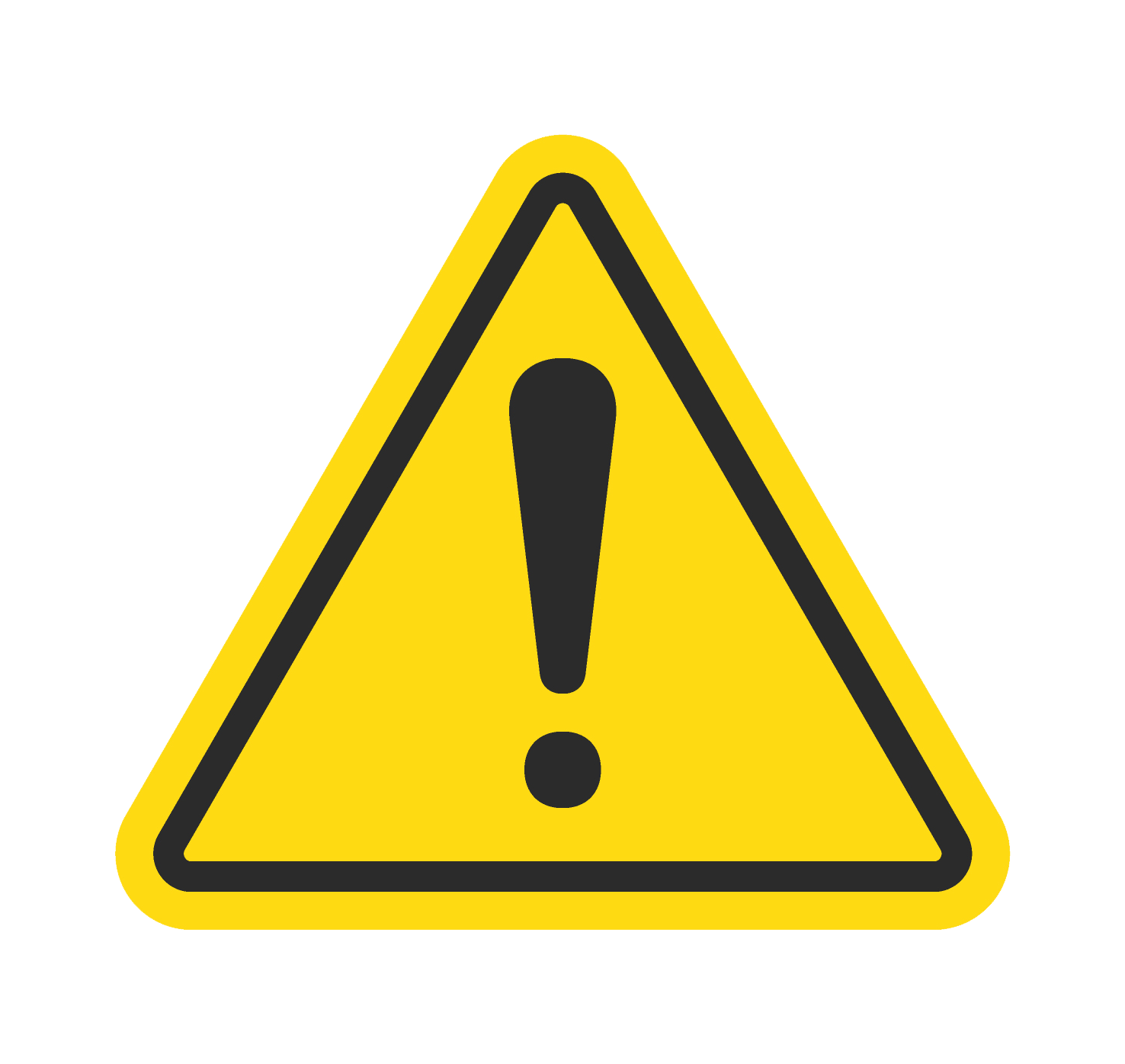 While it's okay to feel a little out of breath when exercising, make sure to stop and rest if you feel dizzy, faint, overheated, or have trouble breathing. Make sure to drink plenty of water before exercising, and don't be afraid to take breaks to take care of yourself!

The other way to help your heart is to make sure you eat food that keeps it safe. Try to eat fruits and vegetables when you can, and avoid eating too many foods high in sugar and cholesterol.

Your body makes cholesterol in the liver to help you make new cells and do other tasks, but it's also found in foods like milk, eggs and meat. In excess, cholesterol can be dangerous.

Keep You In My Heart

When someone says, "have a heart," they don't mean that you are somehow lacking this vital organ - the heart has been used to reference our emotions in many cultures for thousands of years. Ancient Greeks, like Aristotle, observed that our heart races when we feel strong emotions and determined that it was the source of emotions like love, fear, and anger.

The Romans also made strong connections between the heart and Venus, the goddess of love. Her son, Cupid, was responsible for shooting arrows that made the heart go mad - a golden arrow would make one fall in love; a lead arrow would cause fear. Beyond the influence of Aristotle, the heart was seen across the world as deeply connected to emotion. The Persian poet Rudaki wrote about the broken heart in the 9th century, and an ancient Sumerian proverb asks that " May Inana pour oil on my heart that aches."

To the Aztecs, the beating heart was not only the seat of the individual, but a fragment of the life-giving power of the sun itself. In Sanskrit the word for the heart can be found in the oldest surviving texts, where it means both the physical object and the soul.

While historians are still unsure as to the origins of the heart symbol we know today, one theory traces its origins to the ancient Roman Empire. A medical researcher named Galen was one of the first to discover the difference between blood in the body - some was lighter and some was darker.

He theorized the different blood appearances meant we had two different circulation systems, one from the heart and one from the liver. He expanded on Aristotle's description of the heart as three chambers with a small dent in the middle - when his research was recreated by artists hundreds of years later, it resembled our modern symbol of the heart.

Another component of ancient understanding of the heart continues today - ancient Romans thought a large vein went directly from the fourth finger of the left hand to the heart. This turned out to be incorrect, of course, but we still place wedding rings on that finger because of it!

You might feel tempted to toss out all the old phrases like "thanks from the bottom of my heart" and replace them with "thanks from the limbic system of my brain" but don't do that just yet! While the heart may not be the source of our emotions, it's still useful for us as humans in understanding them.

Hair, Skin and Nails: Integumentary System and Its Importance

We may now know that the feelings don't start there, but the heart remains the place where we often first notice them. When you feel your heart racing or pounding in your chest, it tells you something is happening. That information can tell you that you need to take a break or that you truly do love the song that's playing on the radio. So the next time you feel your heart racing and try to figure out why, enjoy it! You're experiencing an adventure that you share with all of humanity across the ages.

To learn more about your integumentary system, join the loops crew for a hair-raising adventure as we explore the human body and dive deeper into what makes you, you! Leave a comment (all fields required)