Good marrow to you, Adventurers! Adventure 10 is already here, and I bet you can tell we’re dying to ex-spleen the lymphatic system to you. The lymphatic system is a network of tubes that does many jobs - catches bacterial invaders, transports nutrients, carries lymph through its tubes and drains it into separate ducts. A system so amazing might seem like a pipe dream, but we’ve got questions this week from some adventurers who’ve found it very real. Read onward, and I’ll enlighten you with some lymphatic node-how. 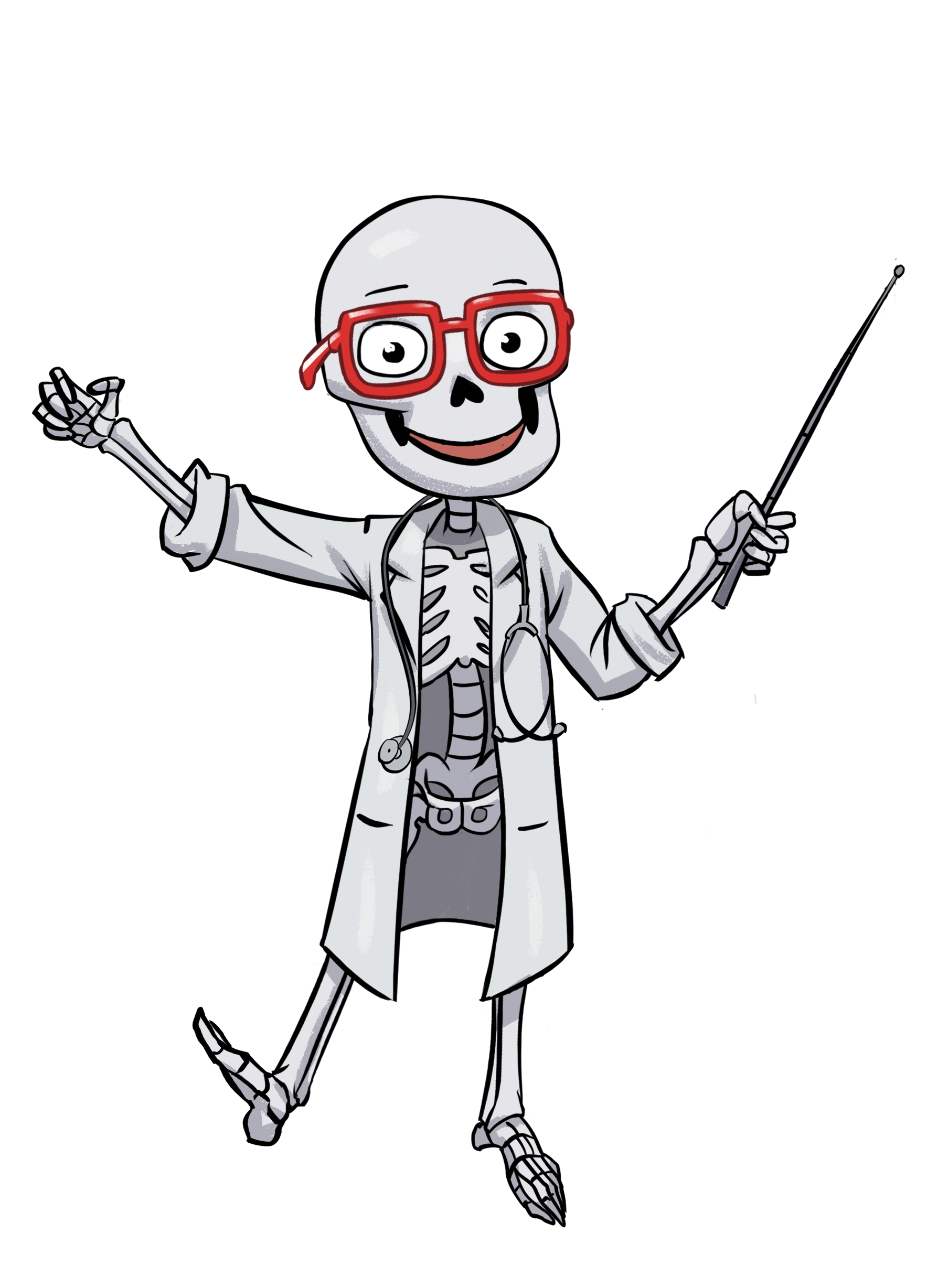 What are your tonsils, and why do some people have to get them out?

Yes, it’s a curious thing you fleshy folk do - house all these wonderful organs and then seek to get rid of them. However, humans are lucky to be such an adaptable species that if one organ is eliminated others, will step up to cover for it. The tonsils are an example of this - if they give us trouble, we can lose them without losing the basic purpose they serve. The removal of tonsils is called a tonsillectomy (Say it like this: ton-sul-EK-tuh-me). It’s fairly common, very safe, and only lasts about 30 min. But why do it at all? Let’s start with what tonsils are and what they do.

If you’ve had your tonsils taken out, you’re probably acutely aware that they are (or were) in the back of your throat. Those of us who’ve never had tonsils removed can look in a mirror and say “AH” to see two of them - they’re balls of tissue sitting far back on the roof of your mouth. These are the only pair of tonsils we can see with the naked eye, but there’s actually six in total. The two you see in your mouth are the palatine (Say it like this: PA-lu-tine) tonsils, so named because they’re near the palate (i.e. the roof of your mouth). There are two more tonsils super far up your nose called adenoids (Say it like this: AAH-duh-noyds) and a set down your throat behind your tongue - the lingual tonsils. Each of these pairs is filled with white blood cells to act as sentinels against bacterial invaders trying to weasel their way in through your mouth and nose.

Well that certainly sounds useful to have, doesn’t it? So why get rid of them? The answer, Adventurer, is usually one of two reasons. The first is that some people’s palatine tonsils are just really big. Take a minute to guess how large objects in your throat could cause problems. If you said they’d block your airway, you’d be right. Enlarged tonsils can obstruct a person’s airway while she or he sleeps, making him or her snore loudly or stop breathing for short periods during slumber - this is called obstructive sleep apnea (Say it like this: AP-nee-uh) and it’s not life threatening, but can make for a rough night. Reason number two is that tonsils are the immune system’s first line of defense against viruses, so they take more than a few hits for the team. They bear the brunt of many invasive bacteria, and infections make them red, swollen, and sore. In such cases, tonsils might do more harm than good. Luckily though, you have a whole lymphatic system to fight invaders. For that reason, if someone’s tonsils become inflamed more than five times a year, doctors generally recommend we remove them to cut our losses. Oh, sorry for that imagery. 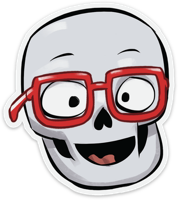 What do you get when you cross lymphatic organs with German twins?

Why do I get swollen bumps in my throat when I have a cold?

Aha, great observational skills! That and curiosity are arguably the most important qualities in a scientific mind. Yes, you may develop some small bumps in your throat when you’re sick, or might remember your doctor checking for them. You’re in luck - our Scientific Spotlight for the week is all about the lymphatic system and disease. Visit it to get an in depth explanation on how the lymphatic system keeps us healthy. To hear specifically about the bumps in your throat, venture onward!

Those bumps are called lymph nodes. They’re small, about the size of a bean, and there’s a lot of them - about 600 in the whole system. Most of them, though, tend to hang out in your neck, armpits, and groin. Lymph nodes act as security check points on the highway that is your lymphatic system.

Imagine you live in a peaceful town with lots of roads in and out, but you notice a bunch of shady characters coming through - characters that could be bacteria or viruses. It might be prudent to have security stations on the road like the ones at the entrance to concerts or fairs. They stop you, maybe ask a few questions, check your bags, or have you pass through a metal detector. That’s what lymph nodes do (not literally, but stay with me) - they stop the cells and scan them for harmful invaders. If they find one, they’ll stick the fear some white blood cells on them. Sometimes they’ll come across an invader that’s out of their league and tag it for the immune system to wallop later. 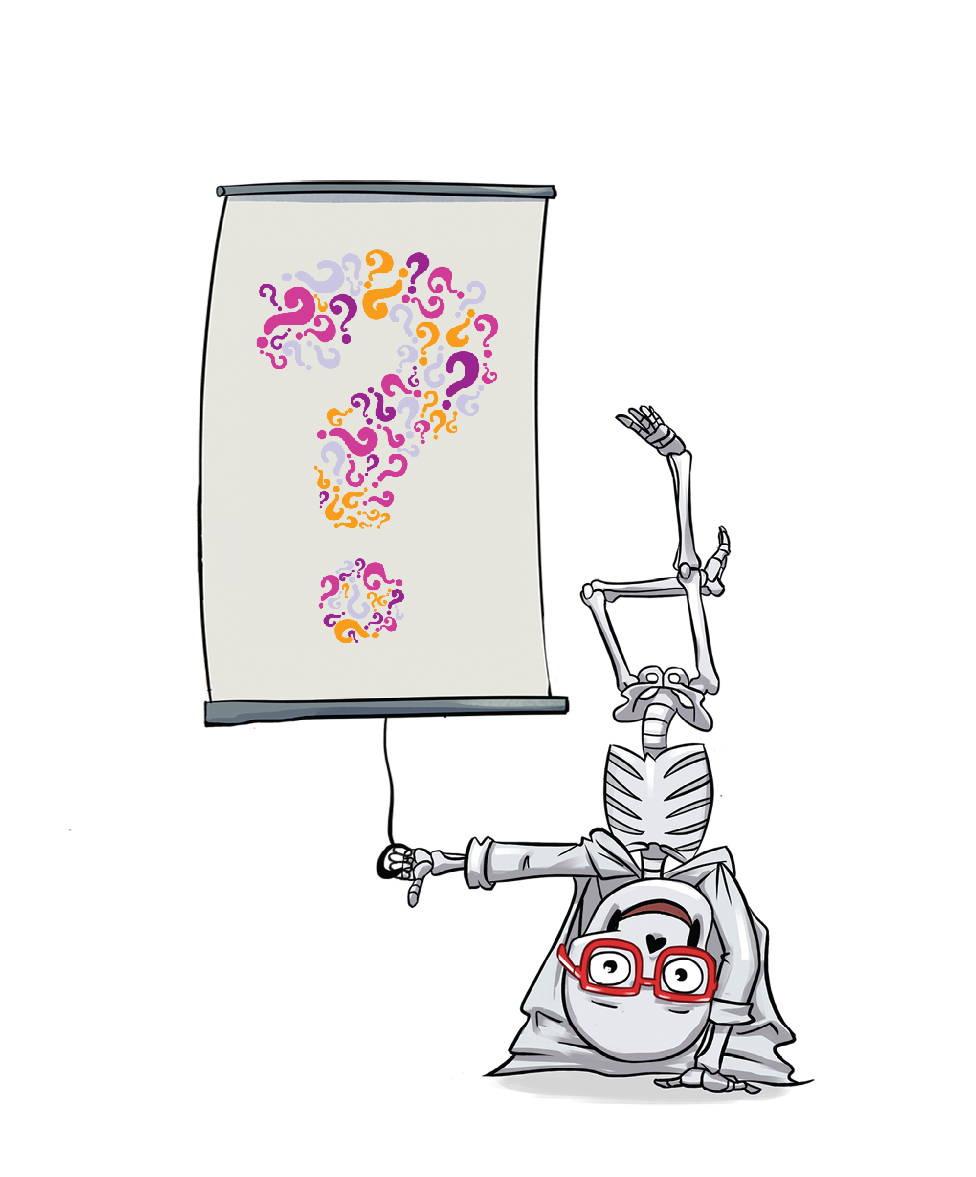 When your lymph nodes swell, it’s good news and bad news. That bad news is that there are invaders in the lymph, which are probably causing you trouble. The good news is that all hands are on deck, and a bunch of blood cells are flocking to the area in question. Those blood cells piling in is what causes the swelling. Lymph nodes are only the size of a bean, remember, and all those blood cells swarming will make the nodes real crowded. You’ll usually see or feel them in your throat because they’re most often reacting to respiratory infections like strep throat or the common cold. As such, you don’t need to worry about them too much, but if you feel them while experiencing atypical symptoms, then it might be worth consulting a doctor. Also, if they’re tender or painful to the touch, that’s normal too. They’re hard at work, and the pain is just your body telling you not to interfere, so don’t touch them!

You just touched them, didn’t you? Yeah, so did I. We Adventurers are nothing if not predictable.